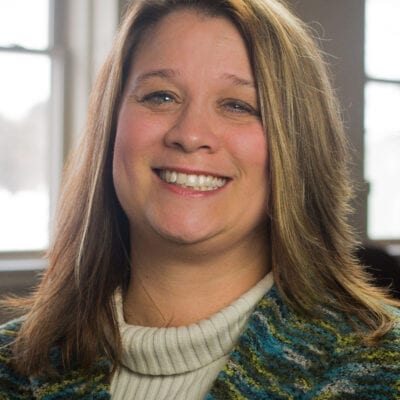 Theresa Knowles, FNP-C, earned her MSN Family Nurse Practitioner degree from the University of Maine. Prior to joining PCHC in 2012, she was a high school teacher for 2 years from 1998-2001. She returned to nursing school in the fall of 2001 and earned her associates degree at EMMC in 2003.  She worked one year as a nurse in the emergency room at Penobscot Valley Hospital, and worked as a community health and hospice nurse at CHCS for 3 years.  Ms. Knowles then took a position as an office nurse at Health Access Network in 2007 and worked to become the Operations Director of HAN for 5 years while returning to school to get her Bachelors and Masters in Nursing.  In May of 2012, she gained certification as a Nurse Practitioner and began seeing patients in HAN’s Millinocket Office.  She then accepted a position as the Director of Quality at PCHC in November of 2012 and held that position with PCHC until November of 2014 when she was promoted to Chief Quality Officer. Ms. Knowles works very closely with the Chief Operations Officer and the Chief Medical Affairs Officer on performance improvement with the hope to improve patient experience and quality.