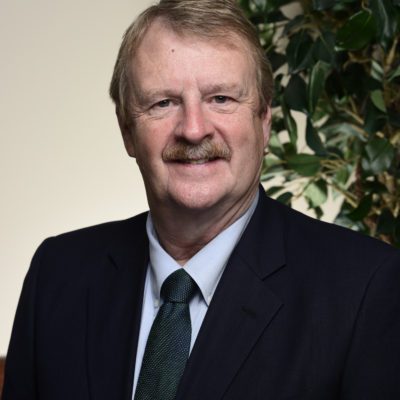 Frank McGrady, PharmD, BCPS joined PCHC as the Director of Pharmacy in 2018. Prior to joining PCHC, Frank was an Assistant Professor of Pharmacy Practice and Director of the Office of Experiential Education (OEE) at Husson University’s School of Pharmacy in Bangor for six years.  As the Director of OEE, Frank traveled all over Maine to set up sites and develop relationships with preceptors for current and future pharmacy students. Frank was also the Director of Pharmacy at Sebasticook Valley Hospital in Pittsfield for thirteen years. While at SVH, Frank served as part of the Management Team, the Clinical Team, the EMHS Team, and all aspects of medications distribution and information.  Prior to working at SVH, Frank worked for Hannaford Bros Corp for twelve years in positions including New England Regional Pharmacy Manager (Pharmacy Specialist), during which time 15 new pharmacies were opened. Frank also worked as a Regional Support Pharmacist, and as a Pharmacy Manager.

Frank is an avid basketball fan and has coached teams ranging from pee-wees to high school. He enjoys working on an old farmhouse in St. Albans and spending time with his wife Karen, their four children, two grandchildren, extended family, and friends.